KSh5 KSh5
Availability: In Stock
Condition: New
Add to Wishlist
Contact Seller
Shipping:
to Virginia
Quantity:
17 in stock
Total:
Will be calculated after you select all properties
Buy Now
Sold by Visit Store

BC547 is a NPN transistor hence the collector and emitter will be left open (Reverse biased) when the base pin is held at ground and will be closed (Forward biased) when a signal is provided to base pin. BC547 has a gain value of 110 to 800, this value determines the amplification capacity of the transistor. The maximum amount of current that could flow through the Collector pin is 100mA, hence we cannot connect loads that consume more than 100mA using this transistor. To bias a transistor we have to supply current to base pin, this current (IB) should be limited to 5mA.

When this transistor is fully biased then it can allow a maximum of 100mA to flow across the collector and emitter. This stage is called Saturation Region and the typical voltage allowed across the Collector-Emitter (V­CE) or Base-Emitter (VBE) could be 200 and 900 mV respectively. When base current is removed the transistor becomes fully off, this stage is called as the Cut-off Region and the Base Emitter voltage could be around 660 mV.

When a transistor is used as a switch it is operated in the Saturation and Cut-Off Region as explained above. As discussed a transistor will act as an Open switch during Forward Bias and as a Closed switch during Reverse Bias, this biasing can be achieved by supplying the required amount of current to the base pin. As mentioned the biasing current should maximum of 5mA. Anything more than 5mA will kill the Transistor; hence a resistor is always added in series with base pin. The value of this resistor (RB) can be calculated using below formulae.

Where, the value of VBE should be 5V for BC547 and the Base current (IB depends on the Collector current (IC). The value of IB should not exceed mA.

A Transistors acts as an Amplifier when operating in Active Region. It can amplify power, voltage and current at different configurations.

Some of the configurations used in amplifier circuits are

Of the above types common emitter type is the popular and mostly used configuration. When uses as an Amplifier the DC current gain of the Transistor can be calculated by using the below formulae

2D model of the component

If you are designing a PCD or Perf board with this component then the following picture from the Datasheet will be useful to know its package type and dimensions. 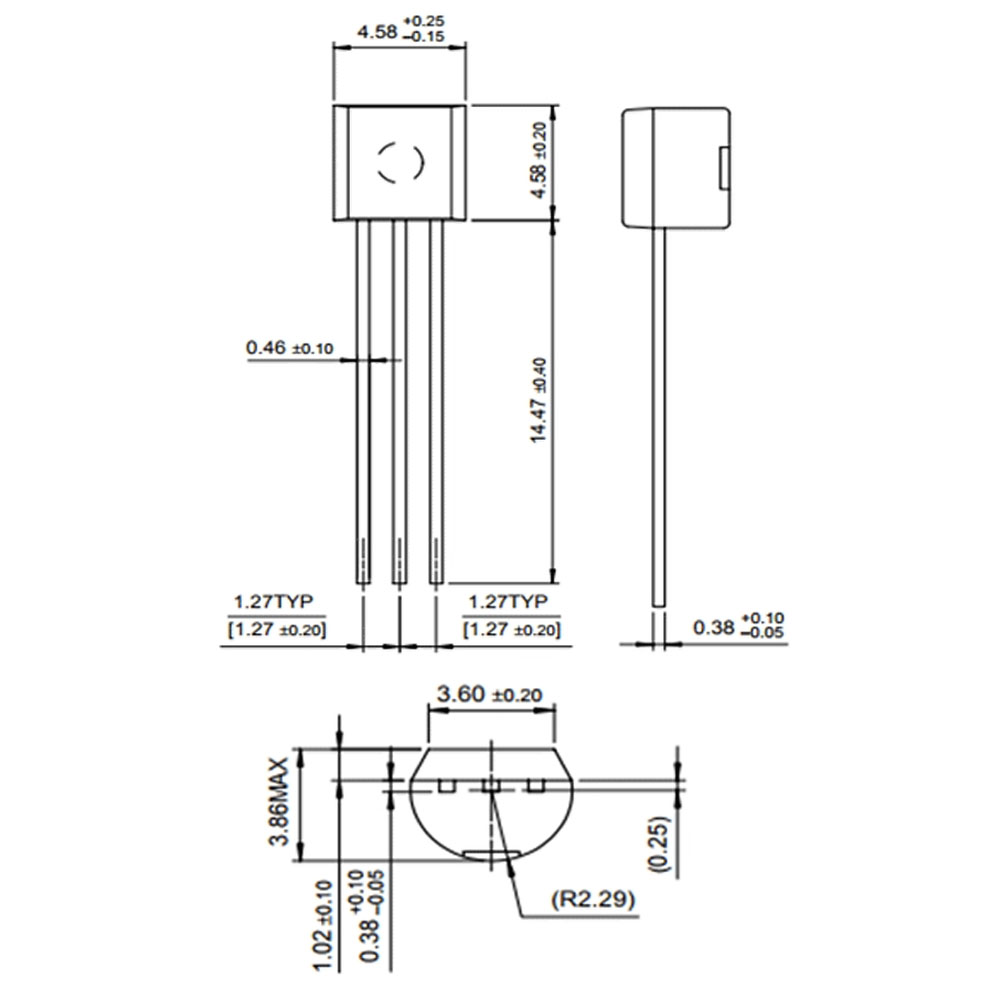 Member since: 8 months ago

Subscribe now to get updates on promotions and coupons.

Let Us Help You